Another man waiting in fuel queue dies after falling ill 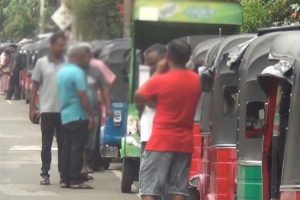 60-year-old Three Wheel driver who was in line for fuel in Payagala IOC fuel station died upon admission to hospital due to a sudden illness. He was pronounced dead after being rushed to the District General Hospital in Kalutara. The deceased, a three-wheeler driver by occupation, was identified as a residence of Moratuwa area.

SLT-MOBITEL to empower luxury living for residents of NEM Construction project ‘The ...