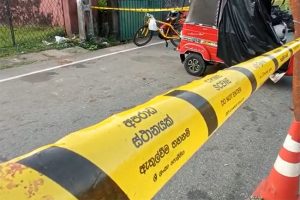 A youth was killed following a clash between two groups at a filling station in Megalle, Galle last night (July 07), the police said. The deceased is reportedly a 25-year-old who was residing in Wanchawala area. He was rushed to the emergency treatment unit at Karapitiya Teaching Hospital following the incident, however, he was later pronounced dead. Meanwhile, three other people, who sustained injuries in the brawl, have also been hospitalized for medical care.

SLT-MOBITEL to empower luxury living for residents of NEM Construction project ‘The ...

Musk’s Dispute With Twitter Over Bots Continues to Dog Deal