The Ukrainian hero and his wife die in a powerful attack in Russia..The whole country becomes sensitive… Oleksiy Vadatursky and his wife Raisa, the largest grain business in Ukraine, have been killed in a shelling attack by Russia in the midst of the Russian – Ukraine war crisis. Foreign media reported that this richest that this richest businessman has lost his life due to the Russian attack on Mykilaiy , a city the southern part of Ukraine.

This businessman, who has won the ‘Hero of Ukraine’ award given to wealthy businessmen by the Ukrainian government, also owns a large company called Nibulon, which is related to the export of grains. 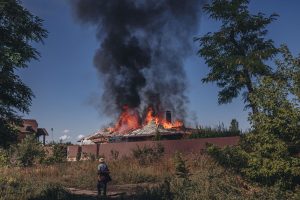