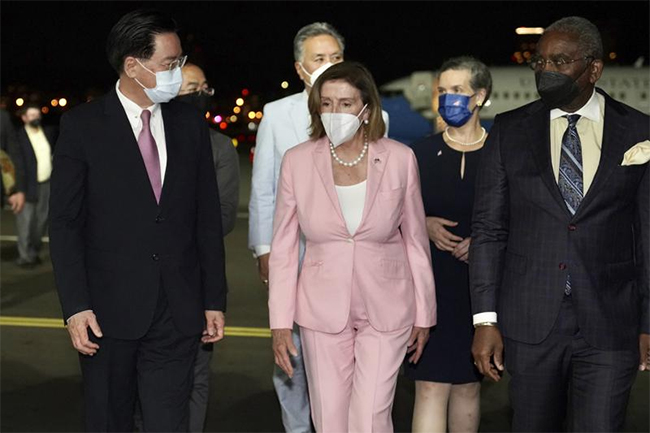 Speaker of the US Congress, Nancy Pelosi, arrived in Taiwan amid strong protests from China; She will be the highest-ranking US official to visit Taiwan in 25 years.

She said demonstrates American solidarity with the Chinese-claimed self-ruled island, but China condemned this first such visit in 25 years as a threat to peace and stability in the Taiwan Strait. Pelosi and the rest of her delegation disembarked from a U.S. Air Force transport plane at Songshan Airport in downtown Taipei after the nighttime landing on a flight from Malaysia to begin a visit that risk pushing U.S.-Chinese relations to a new low. They were greeted by Taiwan’s foreign minister, Joseph Wu, and Sandra Oudkirk, the top U.S. representative in Taiwan. SLFP, SJB and TNA on board with talks for all-party govt: PMD