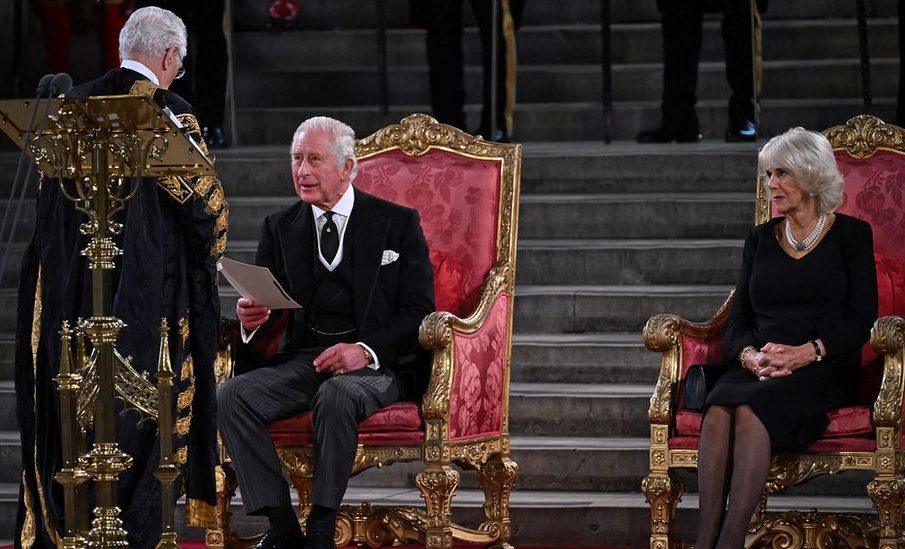 King Charles III, who became the king of Great Britain, visited the country’s parliament for the first time yesterday (Sep 12).

Condolences were made there for the Queen and then King Charles left for Edinburgh, Scotland to pay royal respects to Holy Rood House where the Queen’s remains are kept.