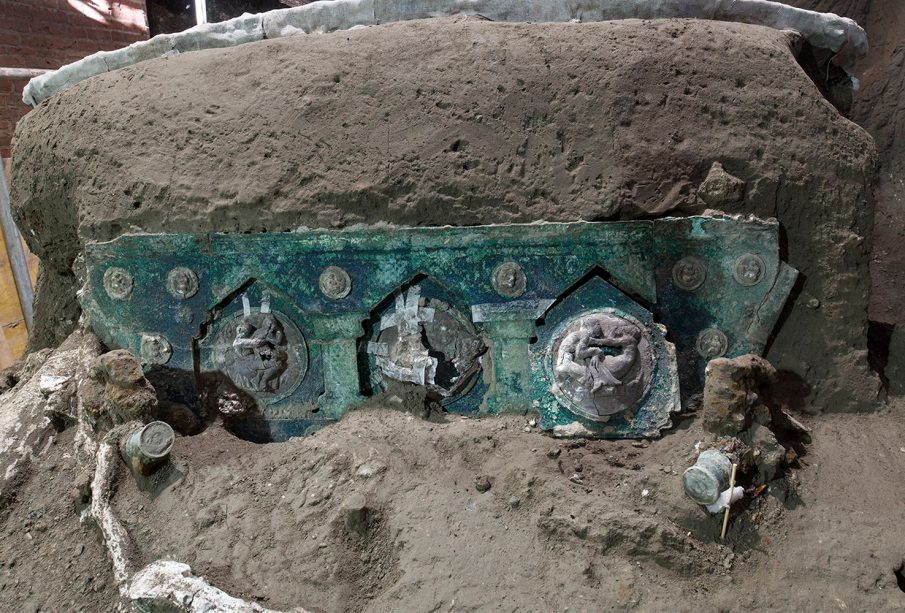 An ornate Roman chariot has been discovered “almost intact”  near Italy’s buried city of Pompeii, the archaeological park announced on Saturday, Calling it a discovery with “no parallel” in the country.

A view of a chariot, with its iron elements, bronze decorations, and mineralized wooden remains, was found in Civita Giuliana, north of Pompeii. The four-wheeled processional carriage was found in the portico to a  stable where the remains of three horses were unearthed in 2018, including one still in its harness.

Pompeii was buried in boiling lava when Mount Vesuvius erupted in 79 AD, Kill ling between 2,000 and 15,000 people.

Strong opposition to MR in Nawalapitiya