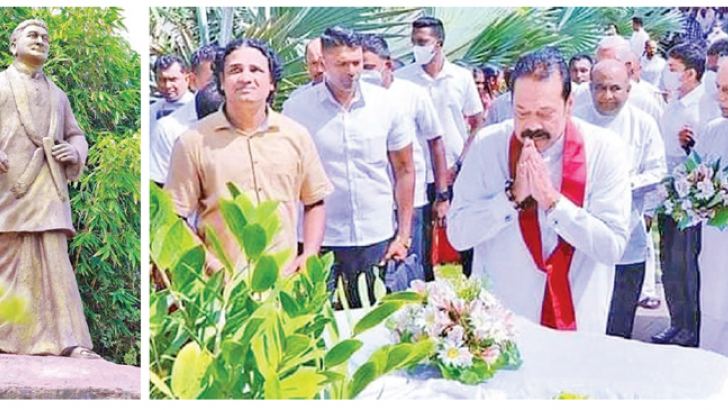 The 55th death anniversary commemoration of D. A. Rajapaksa was held in Tangalle yesterday morning (6) under the patronage of former President Mahinda Rajapaksa. The D. A. Rajapaksa statue was toppled during the May 9 violence. It was renovated and erected in conjunction with the commemoration yesterday. Prime Minister Dinesh Gunawardena too was among those who attended.

A passenger plane crashes into a lake