Minister Dinesh Gunawardena,the current leader of the house of Parliament, was sworn in as the Prime Minister.

Meanwhile, the new cabinet He will be sworn in today (22). The President’s office announced that it will be done at the Prime Minister’s Office on Mal Road under the leadership of the new President Ranil Wickremesinghe. 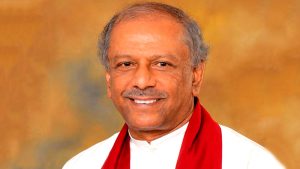