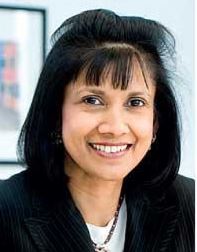 Dialog Axiata PLC, Sri Lanka’s premier connectivity provider, announced the appointment of Dr. Sharmini Coorey as an Independent, Non-executive Director on the Board, with effect from 15 October 2022.

Dr. Sharmini Coorey is a former senior official of the International Monetary Fund (IMF) and is currently a member of the Presidential Advisory Group on Multilateral Engagement and Debt Sustainability advising the Government of Sri Lanka during the economic crisis. She joined the IMF through the Economist Program in 1986 and, during her 35-year career at the IMF, worked in positions of increasing seniority in its African, Asia, Pacific, European and Western Hemisphere departments, as well as its Strategy, Policy, and Review Department