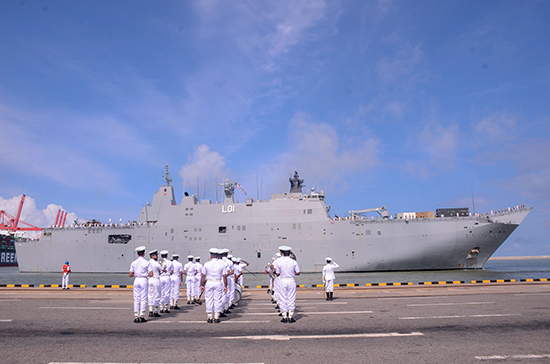 Two ships of the Royal Australian Navy, namely; HMAS Adelaide and HMAS Anzac which are engaged in Indo-Pacific Endeavour 2022 have arrived at the Port of Colombo.
On their arrival, the visiting ships were welcomed by the Sri Lanka Navy in accordance with naval tradition on Tuesday (25). Indo-Pacific Endeavour (IPE) began in 2017 as an activity coordinated by the Australian Defense Force to strengthen Australia’s engagement and partnerships with regional security forces. Thus, this year’s IPE will return to Southeast and South Asia, consolidating partnerships with 14 countries.